Tanning Salons For Sissies And Men

Tanning salons cater to all genders. There is nothing healthier looking than a tan. They are aging but sexy. If I were a tanning salon owner I would have tanning salons for sissies and men. I would let the women have their privacy even if they are separate. A sissy section and a real man section would be my design. You have the real man section for guys like Dan who have dominant Mistresses, and a sissy section for ones like Paulina who has a bunch of Mistresses. The fact is they are both submissive to their Mistresses. 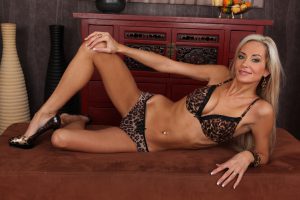 A really regular dominant male would probably not go to a tanning booth unless he was in the film business or a complete narcissist. Dan would go because his Mistress demands it for the sake of humiliation in a g-string. He cannot lie at the pool in a g-string so he needs a tanning salon. He would like the notice of one of the salon workers as he saunters about with g string, tan lines, and a boner from viagra. This would not fly in a regular tanning salon.

Paulina would go because she would be accepted there with her complete bikini and asking for feedback. She could parade about asking her masseuse what she thought of the hue of her purple swim suit. So to make it all clear, tanning salons for sissies and men cater to men with kink and assignments for Mistress. For sissies, the desire to please her Mistress and to be as girlie as she can.