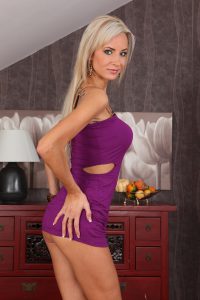 Whispering And Licking Your Ear

I think of kinky bondage play with ASMR as being super sexy, sensual, dick exploding play. Whispering and licking your ear as you try to free yourself from bondage ropes. I’m very good a rope technique. I guarantee you would not escape, and sometimes I’m in the mood for bondage tape. It’s easy and meant to be applied by a Mistress with a hood on. It’s a great captivity prison role play.

You think of Mistress Erin verging on vanilla, not really. I am a very D/s oriented woman who loves all kinds of play. Sissy training with ASMR is very accepted by girlie bois because it leans toward the soft side of domination. Being whispered to ” I am going to make you into a woman. I am going to tie you to the bed and ravage you with this big black strap on. You are my sissy slut now”.

Dungeon scenes are kept private while a submissive is tied to a St Andrew’s Cross. Looky Loos see a leather clad Domme with a submissive listening to her whispers as his eyes grow wide with fear. What is she saying? His response is terror, and she laughs as she clutches his dick in her hand.

The scenarios are endless. From kinky bondage play with ASMR to a feminine boutique room and a sissy whispered to ” This is your fate. Mistress has made you into a feminized slut”!

Gender Exchange: An Interesting Femphone Call Sissy In A Bridal Gown Mistress In A Tux

Sissy In A Bridal Gown Mistress In A Tux

This website uses cookies to improve your experience while you navigate through the website. Out of these, the cookies that are categorized as necessary are stored on your browser as they are essential for the working of basic functionalities of the website. We also use third-party cookies that help us analyze and understand how you use this website. These cookies will be stored in your browser only with your consent. You also have the option to opt-out of these cookies. But opting out of some of these cookies may affect your browsing experience.
Necessary Always Enabled

Performance cookies are used to understand and analyze the key performance indexes of the website which helps in delivering a better user experience for the visitors.

Analytical cookies are used to understand how visitors interact with the website. These cookies help provide information on metrics the number of visitors, bounce rate, traffic source, etc.

Advertisement cookies are used to provide visitors with relevant ads and marketing campaigns. These cookies track visitors across websites and collect information to provide customized ads.

Other uncategorized cookies are those that are being analyzed and have not been classified into a category as yet.