Convincing The Gurl That She Is A Girl!

The gurl, aka the sissy, sometimes feels overwhelmed and in doubt. The Mistress can give the gurl empowerment and confidence to be what she is inside. A girl. She was born in the wrong body I believe. Transgenderism is accepted in many native cultures and countries. India and Thailand are known for tolerance, and many American Indian tribes consider transgenders to have two souls both male and female, and made shamans immediately.

I am pretty persuasive on the phone sex call, thus my “persuasion”. I don’t have to come up with bs to convince a boi of his destiny. I am a mentor and a sissy Mistress getting into his head and convincing him of what I believe: the girl inside is real, ultimate, and definitive. She is the best gurl possible due to her justification and dedication to her quest. I recognize her. I will defend her to the end of the earth to anyone who belittles and humiliates her (unless she craves humiliation and begs for it)! 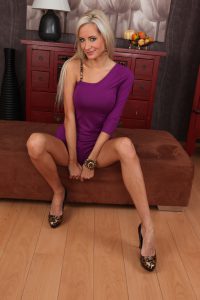 After many affirmations and meditations, the gurl begins to find her way into her very complicated psyche. Of course she is complicated. She has a woman’s complexity. She understands and feels her intuitive side. She has a sexual advantage too, having much more testosterone than a genetic woman unless she decides to stomp it out. That would make her more introspective rather than a charging sexual male.  Then the gurl will go to her doctor to remedy her maleness. It’s all a matter of preference after all, what she decides. No one else. As much as we like to think of her being aggressively coerced by a Mistress, she is her own woman!

Hunting For A Willing Mistress

Total Feminization Starts In The Mind